skip to main | skip to sidebar


21st century Tribal Wars/"Wars"
vs.
Human's Evolution on Self Control

All this chauvinistic xenophobic talk, the constant fighting & arguing about ethnic identity & religion, race & color, blue & red flags, culture & territory, about each other, about Israelis, Arabs, Turks, it's all going back via different definitions
to thousands of years, hundreds of thousands if not millions of years.
I personally don't believe in any religious conviction, I have a hard time coping with any culture and it surely messes up my brain whenever I listen to puzzling patriotic speeches set forward by confused old-timers i.e. about the national anthem not played well by our National guard (SMEF), about the lectures at English School, about the religion symbols and about numerous other "civilized" phobias. [I'm excluding the recent debate regarding the approach for revising the History books while even if ultimately could 'save' the minds & spirits of the next generations from deceptions and nationalistic fabrications, it is obvious that today's "genuine" attempts on behalf of AKEL shall only satisfy political agendas. Let's revert to this note on a later article].

And indeed, it is so frustrating & disappointing to having to listen to educated minds who shout out excessive views and believes, ignoring any other form of opinion.


Wise men, psychologists, philosophers and theologians have speculated about the definition 'Human' over the centuries, and still do, but the truth about the human may be found only through factual knowledge. That factual knowledge lies in a process called evolution. The human is what evolution made him. And that's where all this chauvinistic xenophobic talk emerges: Man has been a tribal animal since he first walked erect, more than four million years ago. Think about it for a second: 4,000,000 years ago!!! And what's today? Correct, you found it, it's 2009! Now, draw a line on a scale and note down the starting point as '4mil' and then the end point as '2009'.

For 4million years (minus 2009) there have been no flags or religions as we know today.

Our Nature: All of the human’s social drives developed long before he developed intellectually. They are, therefore, instinctive or let's say Natural. Such instincts as mother-love, compassion, cooperation, curiosity, creativity and competitiveness are ancient and embedded in us humans. They were all necessary for the survival of the human and pre-human.

Our Intellect part: Since human social drives are instinctive (not intellectual), they do not necessarily require education. However, as with all other animals, proper behavior may only be obtained through training/education. The intellect, the magnitude of which separates the human from all other animals, developed slowly over the entire four million years of the human development.

The intellect developed as a control over instincts. The human is designed by nature to modify any instinctive behavior to one that would provide optimum benefit for his survivability.

This process is called self-control, and it is the major difference between the human and the lower order animals which latter apply only instinct to their behavioral decisions. Therefore, self-control should be the measuring stick of the human.

Therefore, while criticizing all these multiform political & social issues arising on our daily chat-agenda, it is up to us to separate ourselves from the others
Posted by Economides for ECONOMIDES on 2/22/2009 06:27:00 PM 10 comments:

What have I become?
My sweetest friend
Everyone I know
Goes away in the end
You could have it all
My empire of dirt
I will let you down
I will make you hurt
...

Subjects related to life & death undeniably affix the readers’ attention to the contradiction between Science & Religion. My thoughts towards religion are well set on previous notes. Religious events, church’s fictitious creations for the most part, don't come even close to literally explaining &/or defining Life & Death. For people to be able to face life & death more fearlessly they simply have to liberate their minds from religious fanaticism. Just note that when people were partly liberated from religion, e.g. the Europeans from Christianity, they managed to create a great and powerful civilization where as on the contrary, the Islamic civilization, even if more advanced and more powerful than the Christian civilization at one point in history, failed to free the humans from religion and the Islam just failed in the human advancement. If partial liberation caused so much, then imagine what it would have happened from, say, total liberation?

The reason for publishing such an article is the occasional death of a loved one that we all unfortunately encounter in our multifaceted lives. The actual occasion though that drove me to write this article was after attempting to support a friend who lost unexpectedly a loved one back in Michigan earlier this month. In Plato’s dialogues there is a notion that meditates the philosophy behind Life & Death as an ‘exercise in dying’. Well, I certainly do not want to negatively influence you but truly it’s worth noting that the aforesaid approach manages to make us realize that we live for a while 'for the things which are above, rather than the things which are below', that by philosophizing the aforesaid terms is basically a little bit like escaping from the bodily mundane world into the world of the spirit, the ‘world’ that we must learn to practice for later on, it will shape us and help us to determine our fate in the ‘world’ that is to come, to prepare ourselves psychologically to face the loss of loved ones, or as Plato calls, Μελέτη Θανάτου; ‘exercise in dying’.

The shock, the pain, the sadness upon facing the loss is always unbearable. The emotional crisis is usually uncontrollable; we all desperately need some sort of an explanation on what happens next. I’m not here to give you answers!! Obviously I don’t have them!! Thus, you must search for them on your own; you must liberate your own self if to accomplish the reasoning behind all our surrounding. Why Life does not extend up to 600 years? Why not just to 10 years? Why tomorrow and not yesterday? Who’s on the ‘waiting list’? who's first? second? on purpose or by accident? Our parents substituted our grandparents, we are substituting our parents, others will substitute us etc etc etc.
The Life cycle; cycling & recycling!

Even though I cannot stop being myself (i.e. sensitive & sentimental), yet I have managed to liberate myself and realized that death is actually a continuation of life i.e. Every Ending is just the beginning of another story …
Posted by Economides for ECONOMIDES on 2/19/2007 01:24:00 AM 9 comments:

... while borrowed some thoughts from another troubled mind …

--- If I save time, when do I get it back?
--- Since light travels faster than sound , people appear bright until you hear them speak.
--- Living on Earth may be expensive...but it includes an annual free trip around the Sun....!
--- What is the speed of darkness? (absurd)
--- If you were traveling at the speed of sound and you turned on your radio would you be able to hear it? (think scientifically and let me know)
--- If you're traveling at the speed of light and you turn your headlights on, what happens?
--- If a person owns a piece of land do they own it all the way down to the core of the earth?
Posted by Economides for ECONOMIDES on 1/05/2007 09:10:00 PM 2 comments: 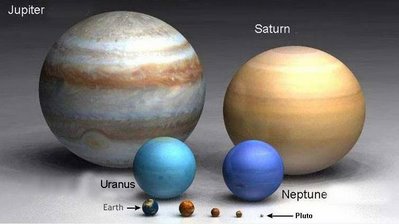 I’m now 32 years old and I realize that maybe my teenage questions weren't so dumb after all. Some people spend their lives trying to bring out the similarities between religion and science, while others spend their lives trying to tear the two apart. I simply won’t bother. My kids, if I ever have any, will be christened and they will have to go to church, at least on the holidays, at least up to maturing, just like I did. If not else, it’s my culture, my Home traditions.
One reason religion is unwilling to familiarize itself with science is because science offers simple, valid, indisputable and above all, logical explanations for some of the "miracles" described in holy books. The Nile, for example, is known to turn red when it is overgrown with bacteria. I guess Moses had other ideas, or, carbon dating of fossils tells us that there was life on this planet long before the estimated time of the creation of Adam and Eve. There are those, of course, who would argue that Adam and Eve are representative of all men and women etc. But should we apply the metaphorical translation to something which is so obviously meant literally? I’d say not.
Lastly, another difference which I have found between science and religion is the definition of "truth". To the scientist, who is more skeptical, truth is ever-changing - the more one sees of the world, the more observations one makes, the closer one comes to the truth. The theologian, on the other hand, defines truth as that which is printed in the Holy Texts, that which should not be analyzed any further.

Bottom line is, if you find that your faith in religion strengthens your hopes for genuineness, then believe in it. Otherwise keep on searching for the scientific truth. 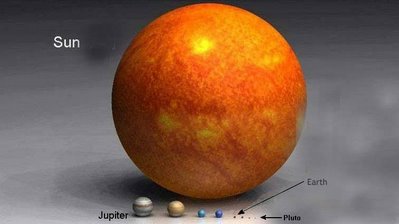 Are you righteous? kind? do you call for religiousness? Does your confidence lie in this? Do you imagine your suffering would be less because you loved goodness? truth? God? Do you love others? Do you care about strangers? Are you loved by all? Weird huh… I’m sure that those (above) got you thinking!
How about, science? Do you value time? past? future? Do you grasp the value of atto (10 to the -18th)? Exa (10 to the 18th)? Are you analytical at all? would you like to travel in time? I would… certainly a good 2000 years back. Einstein theoretically proved it; maybe another Einstein could develop it.
Life on Earth has been traced through man and the primates, mammals, and vertebrates, and backward through ever lower life forms to the point, billions of years ago, at which life is presumed to have begun. But having reached these beginnings and having begun to contemplate the probabilities of life elsewhere in our solar system and beyond, don’t you feel uneasy about life on Earth. If all began through a series of chemical reactions, why does life on Earth has but a single source, and not a large number of other sources? And why does all living matter on Earth contain too little of the chemical elements that abound on Earth, and too much of those that are rare on our planet? Was life, then, imported to Earth from elsewhere?

You see, I grew up having a strong intuition that science and religion were simply incompatible. Maybe because I never received a direct reasonable answer from any of my religion class teachers throughout my school years. I must admit, I was always trying to be sarcastic when I asked things like, "If God is infallible, or whether the apostles were classmates? I do of course believe they existed, I cannot doubt the records. But why? why then? Life on this planet goes back billions of years. All those homo sapiens, the Neanderthals, while they were not taught of kindness I would presume that most probably none of them made it to Heaven? Yes, I did ask my teacher once about that and she answered "criteria was different then!" and told me to stop asking dumb questions and said we'd get into it later (which of course we never did).
Posted by Economides for ECONOMIDES on 12/01/2006 10:47:00 PM No comments:

ECONOMIDES
Limassol, Cyprus
Actually 'ABOUT THE LOUNGE' ... Buddha Lounge was basically taken from the concept of Tao Bar on 42 East 58th Street between Madison and Park Avenue, New York City ... When you set eyes on the 5-meter high Buddha in the front dining room, you realise you're in for something special. Next door to the magnificent Four Seasons Hotel, this buddha lounge is a former theatre space, a post-modernism New York Lounge. 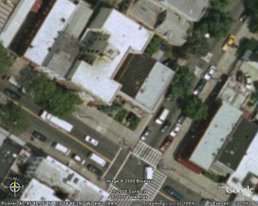 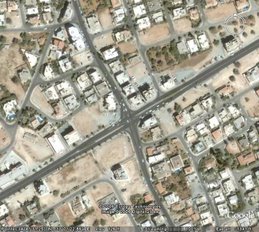 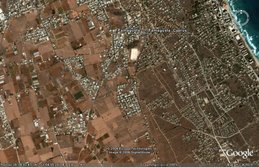 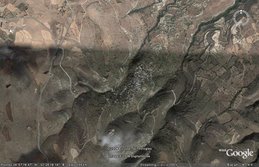